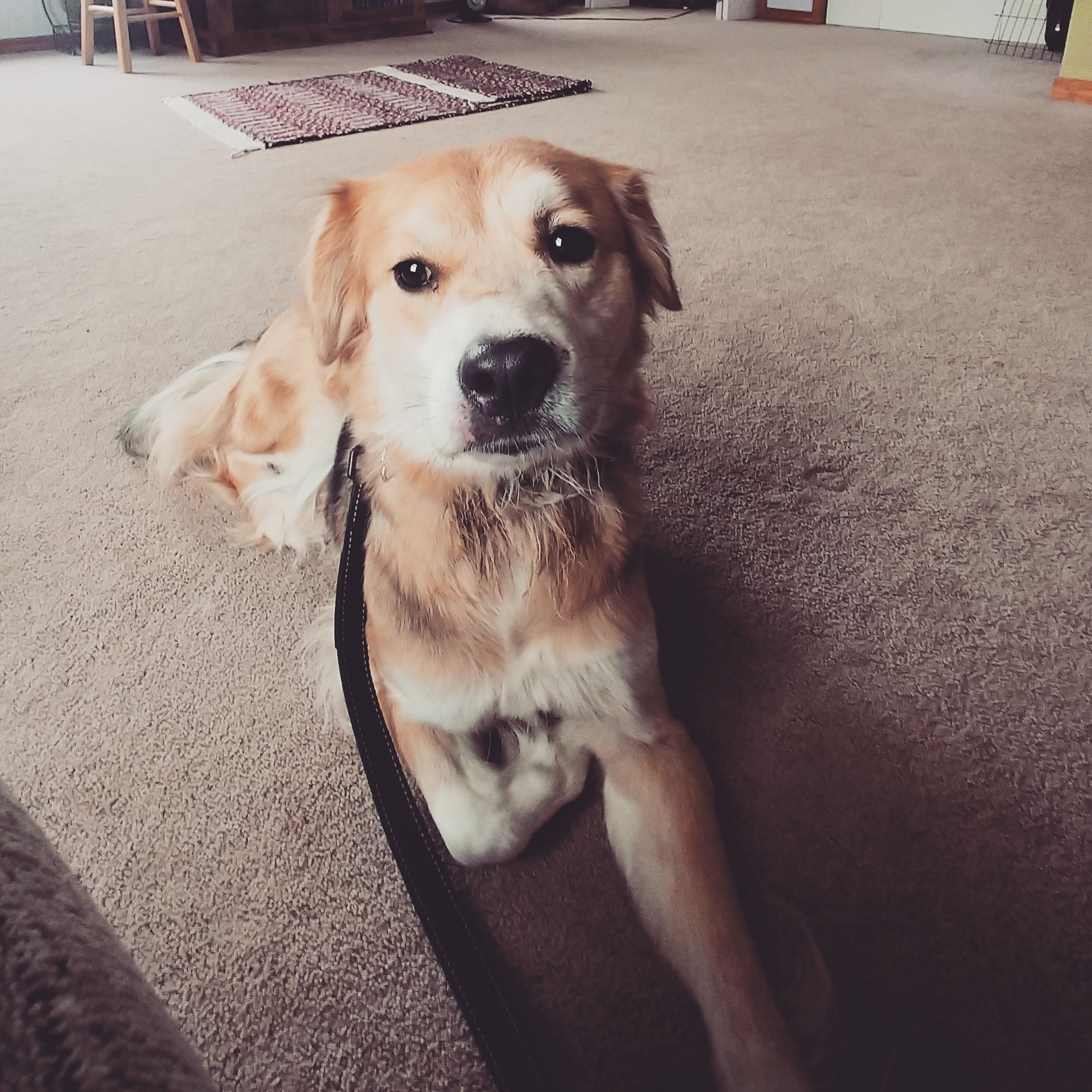 Annie is doing a fantastic job getting over her separation anxiety. She is just fine in her crate in a room by herself. She no longer makes noise at all unless she needs to use the bathroom (and with her schedule, that doesn’t happen very often), and of course that means she is no longer trying to break out. Since that has started melting away though, I am finding new problems popping up under the surface. Her owner told me of Annie’s fear issues to new objects in the house or when things have been moved out of place in the house along with her aggressive reaction to times when she had done something wrong, but I have found that she also becomes reactive to things over her head.

Additionally, twice in the last two weeks I have tried to give her affection by either giving her extra pets or by playing with her when she finally offered it, and both times she proved to me that she just is not yet ready for it. The first time, I had offered Annie some extra attention and petting during a training session. She had been doing well, but immediately following the affection she began refusing to work. I gave her a correction with the e-collar and she immediately became combative. She was given a pretty high correction for that and affection has been removed. Her willingness to work has been excellent for each session after that one. (Videos below)

The second time I offered affection was through play. After using the bathroom, she offered to play with me by basically running to and from me (almost a tag type situation). We came in and met Angus (my regular daycare/boarding client) at the door. Up until this point, there has been ZERO indication of ANY kind of problems with ANY of the dogs in the house – including Angus. Angus had come through the front door, Annie was getting attention from me and Angus’s owner, and when he came back to check in with what was going on, she snarled and snapped at him. This was definitely a resource guarding situation. She was getting attention and didn’t want to share. As it turns out, not only is Annie fearful and full of anxiety, she is also a bit bratty. So, Annie is not ready for affection yet.