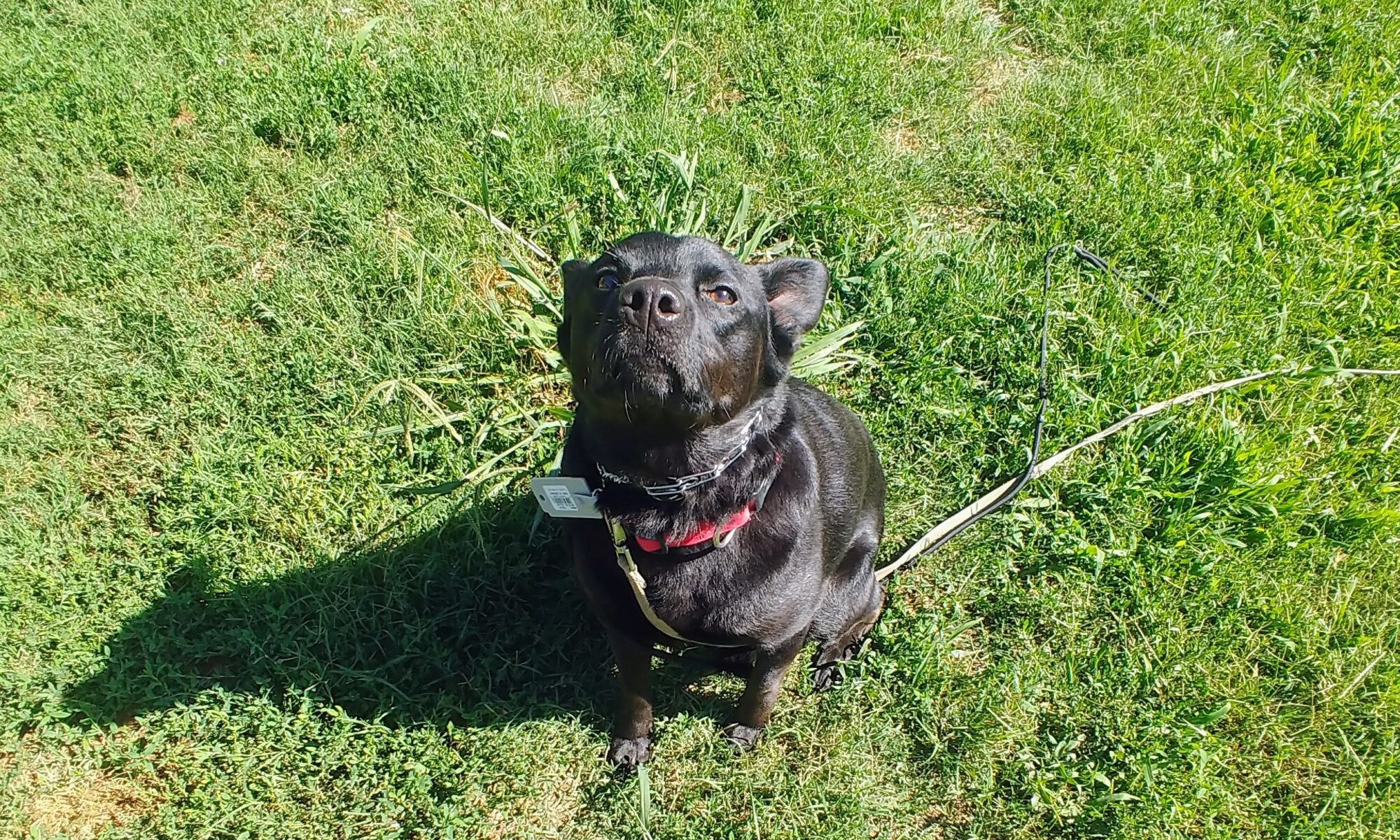 Meet Jake. His story with me begins with a phone call. His owner called me looking a recommendation. She had this dog that she loves dearly, but in the last 2 1/2 weeks Shadow had bitten people on four different occasions. His growling and biting was enough to cause considerable fear for the 9 year old in the house. The child would just shut herself in her room to avoid him. With this history of biting, his owner knew that a shelter or rescue was very unlikely to take him, and her only other option was to put him down. All she simply wanted was the name of a place that might help her.

Her cries of relief when I told her that I had an open space in my Rehab to Rehome program took me by surprise. After finding my voice (I can’t cry and speak at the same time), I had her fill out a form to get a full list of the things Shadow struggles with. The dog formerly known as Shadow struggles with: