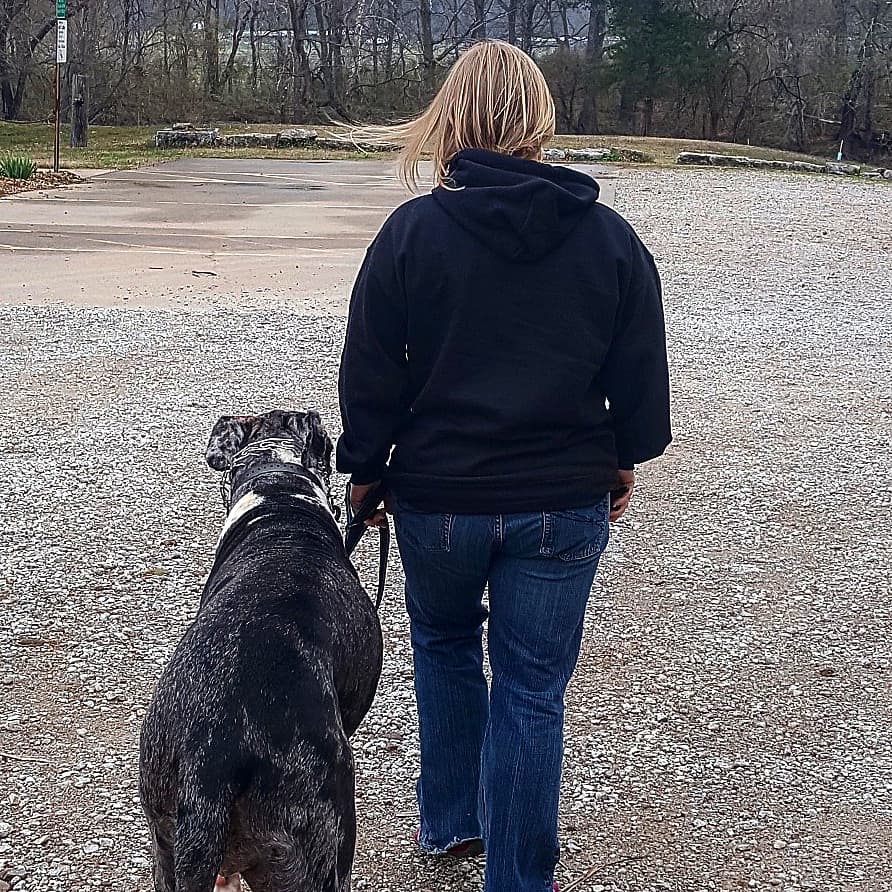 With Lucy’s new collar, she is able to more things, but under a very structured setting. Today we went back to the park. Due to the weather, it was empty so there was nothing to really correct. A few times she would perk her ears up, but that was quick and easy to correct. Also, when we first started out this time, there was no scanning and no apparent nervousness. Her next trip to the park will be Gully Park – a park with more people and dogs.

We had an interesting thing happen the other morning. I thought Raina was back in the bedroom with my daughter, so I let Lucy out to potty. When she came back in, she headed toward the mudroom to get a drink. (We have a pretty tiny mudroom. When Lucy is in there, it really is difficult to fit anybody or anything else in there with her. This is the place where we keep the dogs’ water and where we feed some of them – like Raina.) I had no idea that Raina was in there eating. As Lucy approached the mudroom, she stopped short (it was at this point that I realized what was going on), put her head down to smell what was going on, turned around, and walked away. Success!

Lucy is very particular about having her feet messed with. She will “shake” and give you a “five,” but when it comes to actually handling her feet, she isn’t too happy about it. I purchased a dremel for filing the dogs nails. I tested it out on Raina over the weekend, and am thrilled with how easy it is to use and with the job that it does. So, I tested Lucy with it. The great thing about this dremel is that as long as Lucy keeps her feet still, I really don’t even have to hold her paw to file her nails. It was a job.

I started just with the dremel beside her and turned on. That didn’t bother her at all. The only thing that really bothered her was my handling her feet. Her eyes would harden and she would curl her lip a little. I simply told her no, at which point she turned her head away from me. This is good. I worked on her toe nail for a few seconds, then rewarded her good behavior. I was only able to get about 1 1/2 toe nails worked on since I was going so slowly with her, but this is going to very easy to teach her.