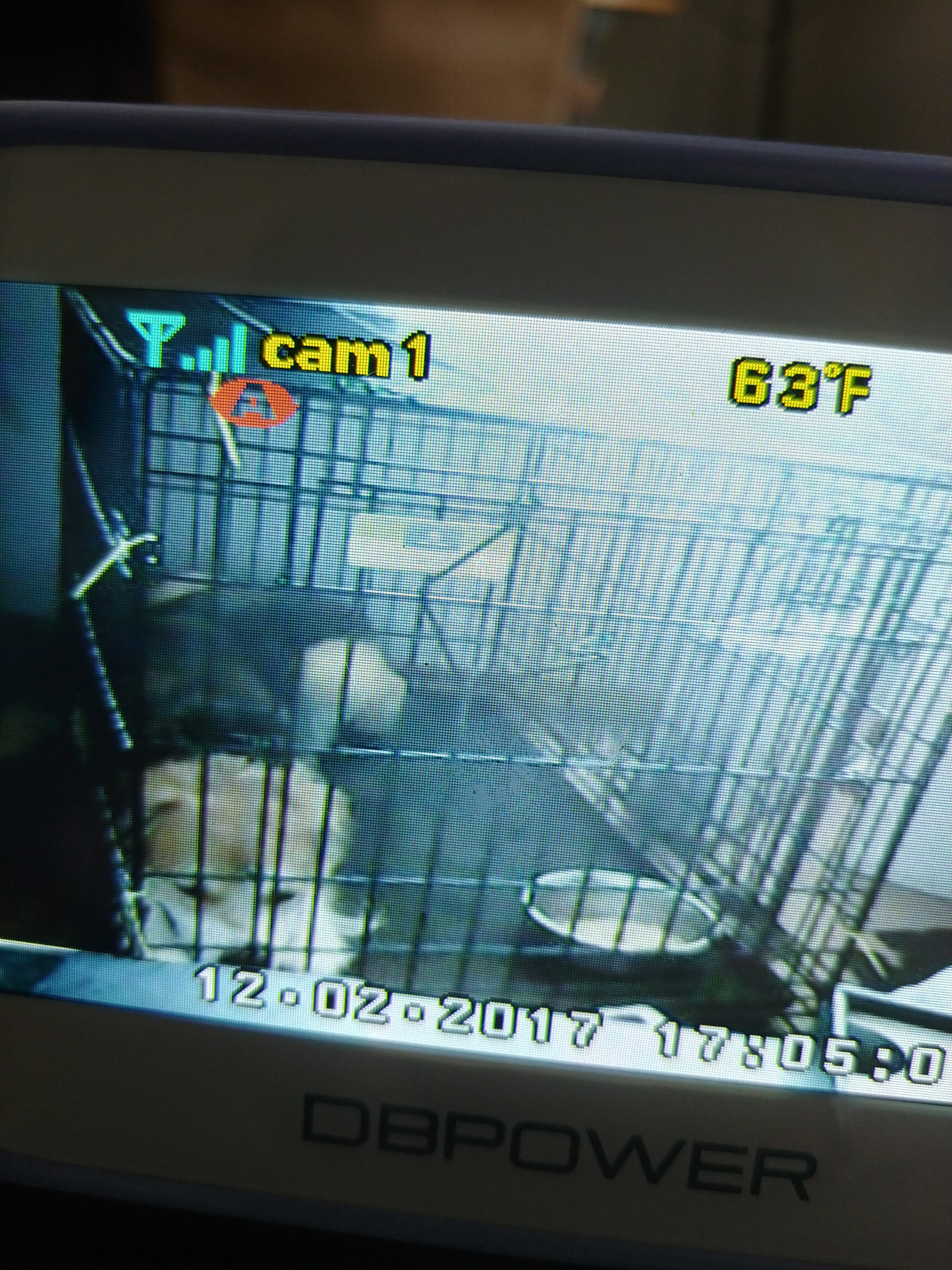 Things with Annie have been a bit interesting. As expected, as she has gotten more comfortable with being here some of her issues have begun to make themselves known – the biggest being separation anxiety.

Friday (the day after my last post), I needed to take Cosmo (my board and train) to do some work in public. With Annie’s crate reinforce and no new attempts at trying to free herself from the crate, we left and were gone for about 2 1/2 hours. I came home to her head sticking out of the corner of the crate again. It wasn’t the gate she had worked loose this time, but the font panel (again). This time, she had really beat herself up. This told me two things – 1. although she seemed to be getting better with separation anxiety, she was really relying on Cosmo. 2. Even though I didn’t want to, it was time to start correcting her with the e-collar – for her safety.

In this house, Saturday’s are all about resting (for human and animal). For that reason, I left her crate in the room with Cosmo to offer as much comfort as possible so that she could rest. I did put the e-collar on her to prevent her from hurting herself just in case she did try to work herself out of the crate. And she did. I started at a pretty high setting and corrected her anytime she pawed at the crate, put her mouth on the crate, or tried to push on it with her nose. There were a few corrections, but she caught on pretty quickly.

Sunday I did a lot of work in the living room with Cosmo, so I didn’t move Annie’s crate again. On this day, she received corrections for whining. On the previous day, each time Annie would try to get out of her crate her attempts were always preceded by a whine. With a whine, I can see the escalation of anxiety begin. Since she wouldn’t understand me if I told to her calm down or to stop worrying, I have to correct her state of mind at the earliest possible sign of escalation. The corrections started fairly high, but with each correction I would lower the level on the e-collar. The great thing about correcting at the earliest sign of escalation is that the correction level doesn’t need to be anywhere near as high as if I wait until she is already lost in her anxiety. That is what we worked on Sunday.

Both Friday and Saturday night I took the baby monitor to bed with me, and Annie had to wear the e-collar through the night. I wasn’t sure what times had actually left her crates on the previous nights, so I needed an alert to be able to correct her if she tried while we were asleep. Early morning on both days she did need a correction.

I went ahead and moved Annie’s crate to a room where she would be by herself today. I am surprised the progress she has made. I have only corrected her a couple of times, and after each correction it is taking less time for her to settle down this morning.

I did have to take Cosmo out again today, but my husband was home. I took the baby monitor in to him along with the remote for the e-collar and asked him to keep up with Annie while we were gone. My thought was that she would know we were gone, and would probably try to escape thinking that she the corrections only came while we were home. It seemed to work…UNTIL the battery died on the baby monitor. (I’m going to have to double check that the monitor has a full charge next time.) My husband put it in another room on the charger, and when I got home Annie was out of her crate. *Sigh* I could have put a latch on her crate door to make sure she couldn’t get it open, but she is also smart enough to know when the latch is on there. I am also wanting to work on that. We are back to square one…