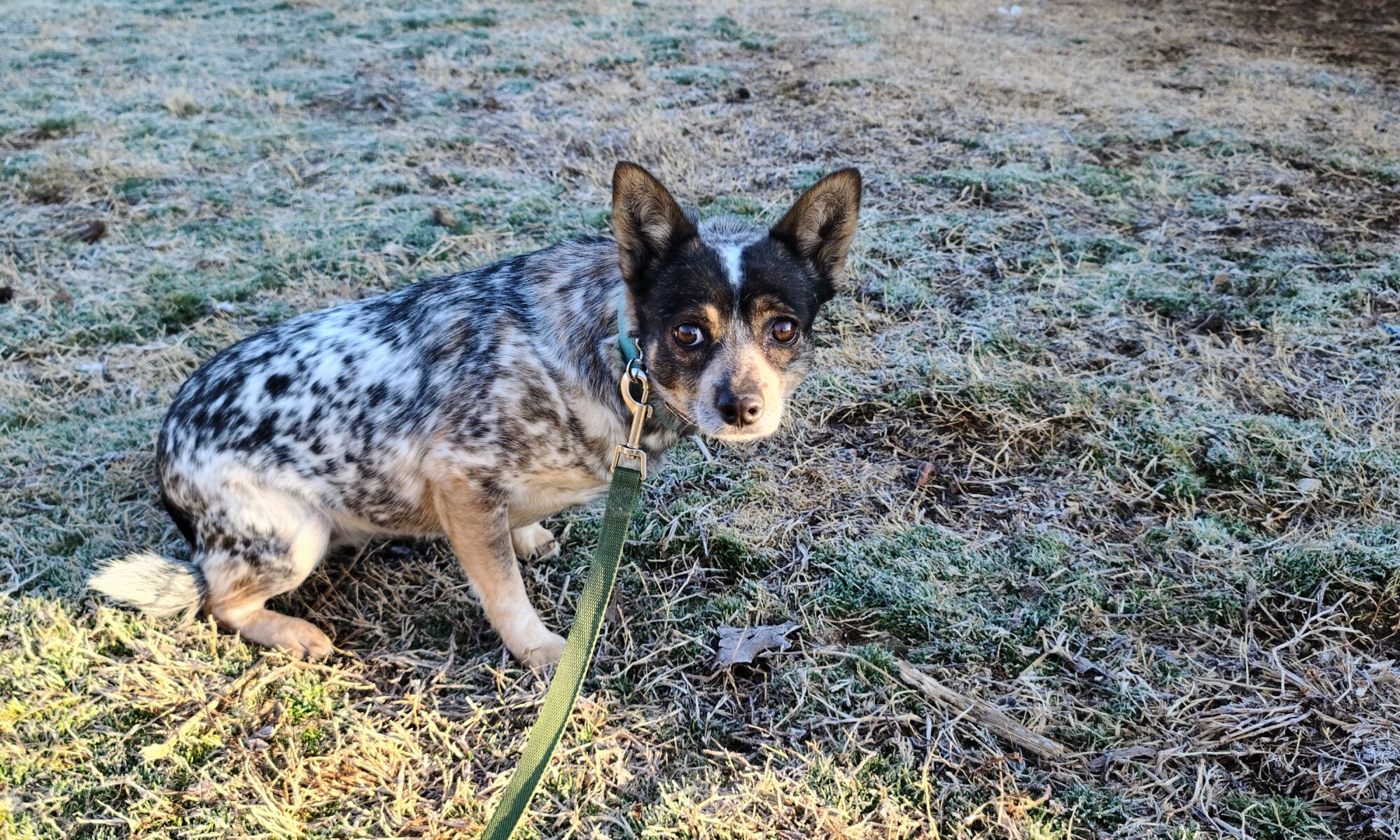 Little Coco has an interesting story. She came to me back in May of 2020. Her owner was having health problems, and Coco was being very aggressive with one of the other dogs in her family. In addition, Coco has some serious anxiety and fear of people. In her early years, she had been used for breeding and was kept in a crate/kennel her whole life without any real socialization. So right out of the gate, we’re dealing with fear and dog aggression towards a specific dog.

Before coming to me, the owners had tried rehoming her with somebody else. During her short stay with this person, something had caused her to become afraid when he took her out to potty. He had been warned not to pick Coco up, but felt that was the best method to getting her back into the house. In response, Coco attacked his hand and messed it pretty bad. She ran away, but stayed close as food was left out for her. The ‘new owner’ was never able to catch her, so her family came out and was able to spot her, catch, and take her back home. Without many options left to her to family, Coco was surrendered to me.

After three days of having Coco, I took her out on leash for a potty break. We were walking back to the house together, and when I looked down, the leash had slipped off of her collar. (Leash malfunction) At the very same instant that I realized the leash was no longer on her, she did too, and she took off like a shot. She was able to get past the fence and was gone. Despite doing everything we could to find her and lure her back to our property, there was no sign of her – for five months.

Then, in October, Coco’s owners messaged me to let me know that somebody had found her! I was amazed. She had been hanging around a dog boarding facility about 3 miles away from me. They had been feeding her and trying to coax her to come close enough so that they could find who she belonged to, and were unsuccessful. The day she was contacted, Coco had somehow dropped her collar that had her information on it. Her owners picked her up, and decided to try to make things work with her. She was acting like a different dog – a dog with much less anxiety and human fear.

But, four months later, three days ago, Coco was once again surrendered to me. While she has been doing better with her owners as far as the anxiety goes, she was still attacking the other dog. Due to the owner’s health issues, the stress of trying to keep the dogs separated and stopping fights was too much.

I certainly can see a difference in Coco from nine months ago. She is still very nervous and afraid, but she doesn’t give that “I’m going to attack you” vibe that she was communicating before. If she has an opportunity to take off, I know she would, but we are already making much more progress than before. Her rehabilitation is going to be slow. Coco will receive the same obedience training that all dogs do, but with a different approach. She will also be socialized with both dogs and people, and I will be working to help her build some confidence. Stay tuned.

*This video is a kind of ‘before’ look at Coco taken this morning.