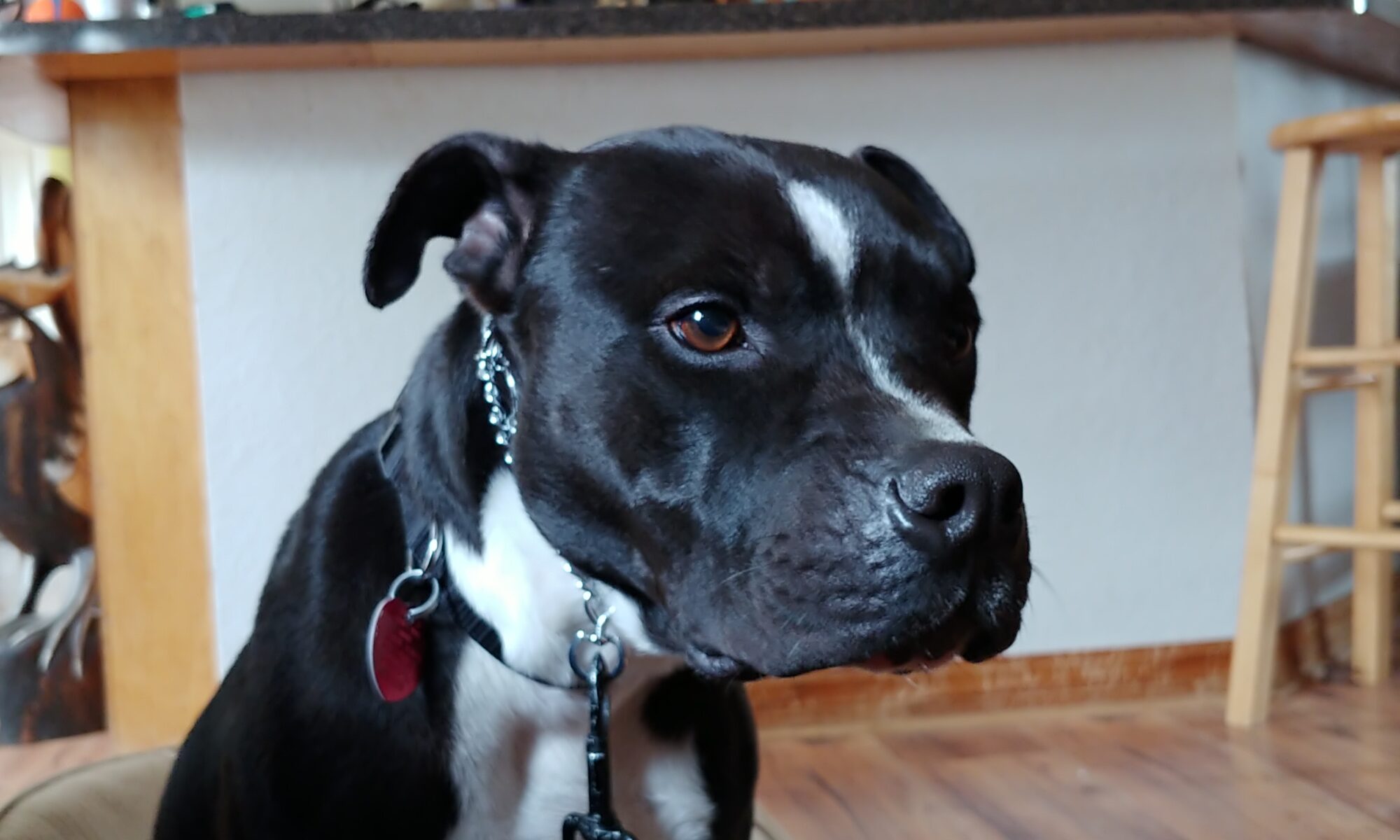 This is Hope, the doggo formally known as Africa 🙂 This super sweet girl came to me because between caring for her ill husband, two babies, 98 year old grandma, and her father with dementia, her previous owner just could not afford the time and attention Hope needed to be trained and held accountable.

Hope has spent the better part of the last year outdoors since she is such a high energy dog. One of her favorite past times is running into everybody – adult and child alike – with all the excitement and energy that is in her, and knocking them over. This became a real problem when her former owner was 8 months pregnant.

Since coming to me, she has shown quite a bit of nervousness and a reluctance to be pet. While some dogs just don’t like being pet, I really think her concern comes from being in a new environment around new dogs. She has only been around one other dog her entire life – a small rat terrior/dachshund mix. She has shown quite a bit of reluctance towards my larger personal dogs, but seems to warm up more quickly towards the smaller dogs that here for training and boarding.

Currently, Hope is a quiet calm pup. However, this is what I call the honeymoon period. Every dog goes through this for about two weeks. They are new the house, to the people, to other dogs, and they really don’t know what to expect from any of this. So they are on their best behavior…. Until. Until they become more comfortable. Until they have had time to really study each person and each dog and get a feel for what they can get away. This is where we are with Hope. So while she is still trying figure me out, I am putting down rather strict rules and structure.

I believe I will be able to begin looking for Hope’s forever home within the next three weeks, but we will have to see how things develop during her honeymoon period. How will she really be with other dogs? That is my biggest concern. The list of things we will be addressing as pretty standard and pretty basic:

Watch Hope’s story, and be a part in helping her find her next home. If you know anybody who is looking for their next family member, mention Hope.