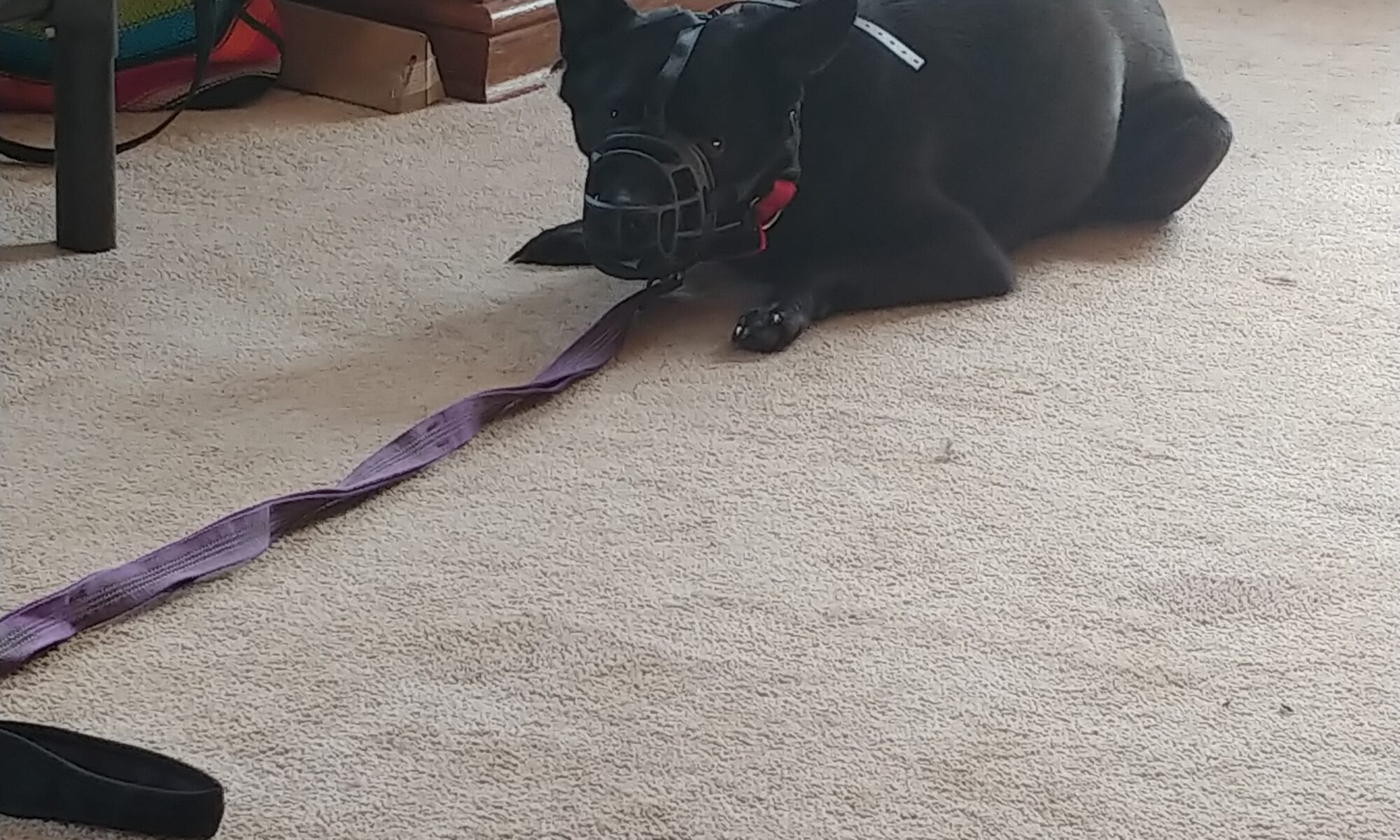 While Jake progresses in a lot of areas, he still has is occassional set back. In total, there has been three times that he has tried to bite me. Each time, it was for something he thought I shouldn’t be doing. The first time was before muzzle training and during a walk. We were working on turning at 90 degrees, which includes some prong collar pressure. He didn’t agree with it, so he went after me. The second time was the second time that worked on clipping his toe nails. He wasn’t hurt in the process, but he sure didn’t think I should be holding his paw. The third time was just yesterday. He was working on Place duration, and decided to sneak off several times. Each time, I put him back. The last time, he tried to run into the living the room, and as soon as we got back into the room, he tried to tell me he was not going back to the mat with his teeth. The interesting thing is I’m beginning to notice when he is going to have that kind of a day. He starts his day off with attitude – head down and moving very slowly as if to say, “Make me.”

On a high note, each session in which he has tried to bite me has ended on a note of success for him. After the nail clipping incident, I was able to finish trimming his nails. After the multiple attempts to escape the Place command, he finished his hour long duration. It also seems that each fit-throwing escapade is shorter lived.

While I haven’t been progressing with Jake as quickly as I do most board and train clients, he is making steady progress. He has been moved into the dog room. He is now being socialized with certain dogs. And he is beginning to spend more and more time out of the crate since I am able to hold him accountable to obey. I am really looking forward to the day that I can say that Jake no longer snaps at anybody.