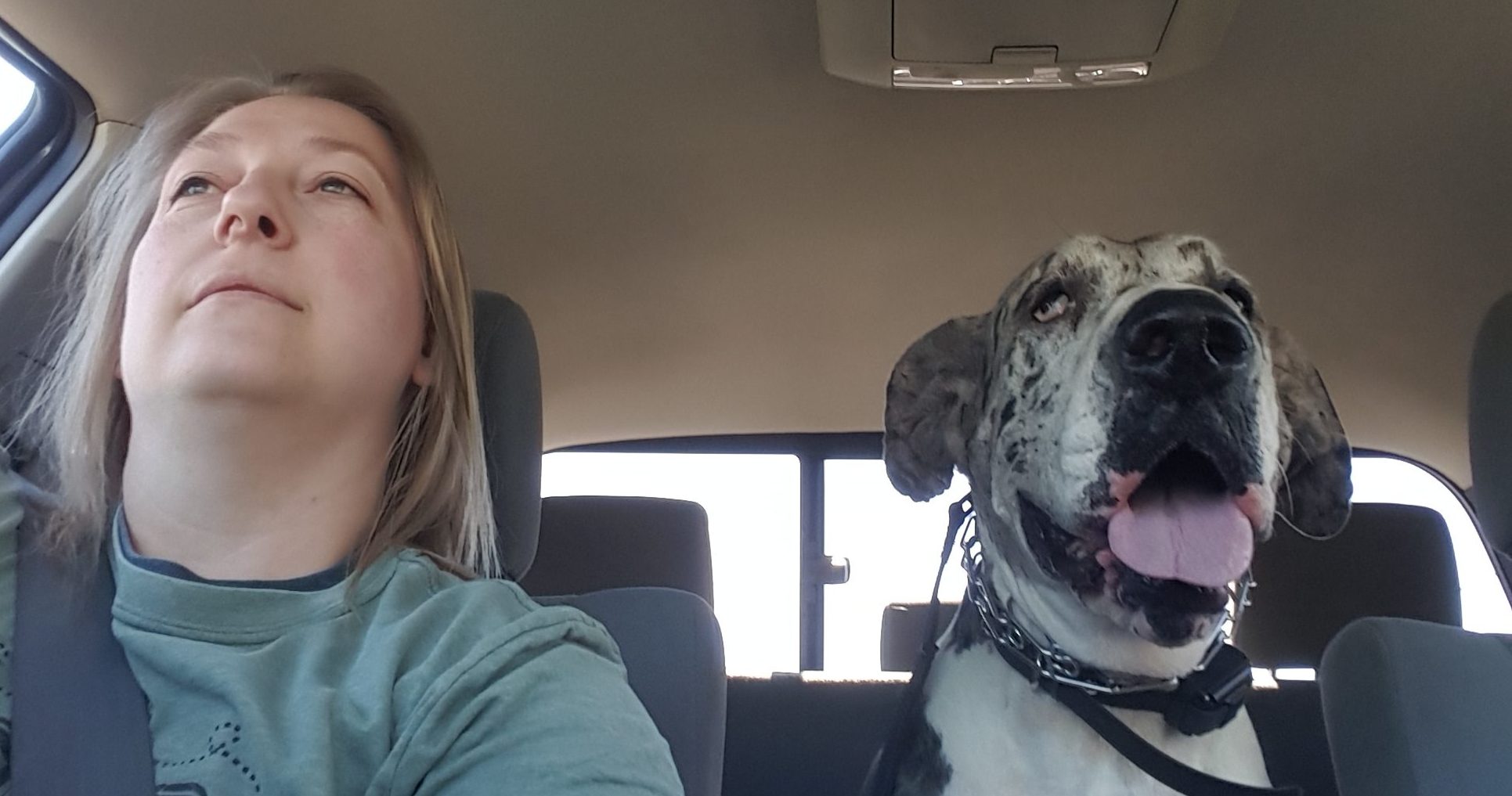 When we first got to the park, and through the first lap of walking it, there was nobody there. The things that bugged her initially was walking under a flag pole. The flapping of the flags in the wind scared her a bit. Then as we began walking, she began scanning like crazy – looking for anything that she could get excited about. I corrected this form of loading with a pretty high correction. At this point, we were already in the 70’s on the ET-300 mini educator e-collar. The fact that nobody was at the park made things extremely easy. However, I forgot that today was an early-out day for the schools…

As people started showing up, Lucy would occasionally perk up her ears and give attention to the children. As long as we were walking that last lap, we were far enough away to make correcting her easy. When it was time to leave, we had to walk towards the playground and the children. This really excited her. I ended up turning the settings on the e-collar all the way up to 100 to get her to pay attention to me at all, and we were at the point that I would tell her to sit, hold stim on her e-collar, and guide her with the prong collar. There was nothing aggressive in her at all, but to train the right attitude and respect into her, I need to have Lucy’s full attention.

All of this being said, I have definitely decided that we need to order a more powerful e-collar. If there had been something at the park that had really triggered her, I would have been in pretty big trouble. I am ordering the ET-800 Boss. I have already talked to customer service, and it sounds like it is exactly what she needs.

All in all, today’s trip to the park was pretty successful, and Lucy came back exhausted.