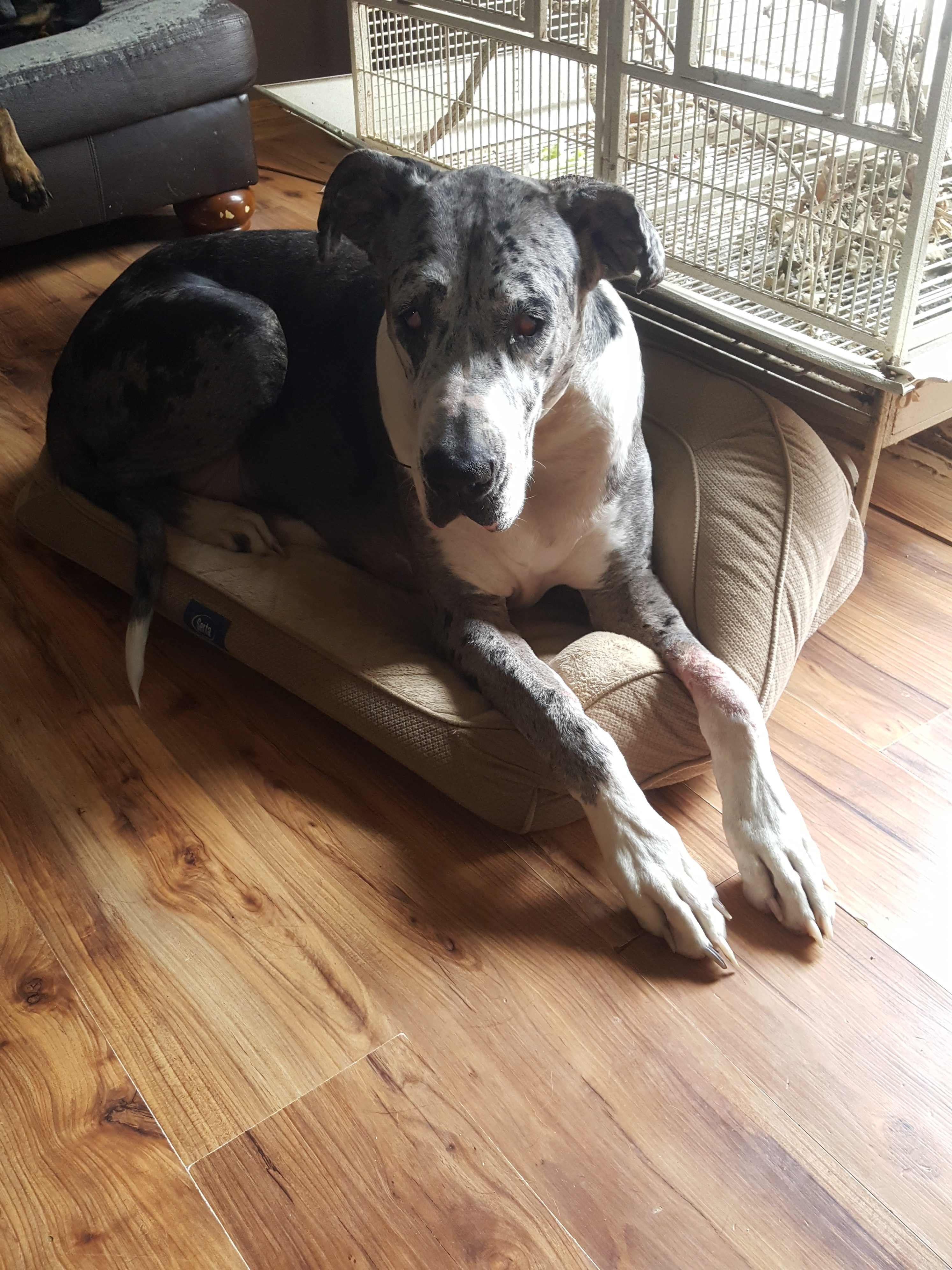 Yesterday as we were watching some t.v., I allowed Lucy to have a little freedom. She decided to lie against the foot of the couch. Marv was lying on the couch, but he wanted down. Lucy had lifted her head up to look at us, so Marv licked her – as I’ve seen him do with the other dogs numerous times – to ask her to move. She gave him a little snap. Although it was her way of saying no, and she really didn’t intend to harm him with it, it is one of those little things that, if left unchecked, can develop over time into something bigger. She had her e-collar on (of course) and got a correction for her reaction. I had her lay on the floor for a couple of minutes more in a calm, behaved manner, then I sent her to her crate.

I have not been moving as quickly with Lucy’s rehab when it comes to small dogs. It hasn’t hurt her at all to be slow, but I want to get the ball rolling. 🙂 One of the things that have slowed me down is waiting on my daughter to be available to help out. Our little Pomeranian, Raina, really is Erin’s dog. With that being the case, I wanted Erin to be the one handling her while I handle Lucy. Today, finally, we were able to take that first step.

We took both Lucy and Raina outside on leashes and just worked on Lucy’s heel for a while. During the heel, we crossed paths with Raina and Erin several times. After Lucy had proven to me that she was not interested in anything other than walking with me, I decided to put her in a position where she had to pay more attention to Raina. I put Lucy into the sit command, and had Erin and Raina come jogging up to Lucy. She became very interested in Raina – I think because she was moving quickly. Anytime Lucy showed signs of loading, she was corrected. She only had to be corrected twice. When she began to have softness towards Raina, she was rewarded. We tried the exercise again with Lucy lying down. That was a little more difficult, and will have to be repeated again the next day we are able to work with them.

The more I work with Lucy doing this, the more I really feel that the issues she had before with smaller dogs had to do more with resource guarding. Whether she was guarding food, a toy, or her owner – if she felt that the little dog could get to the item that meant so much to her at the time, it was valuable enough to her to fight/kill over it.

In our next session, I’m hoping to have Lucy on leash, and Raina off. Right now, everything is very structured and locked down. I want to slowly work towards more freedom for both dogs. I want Lucy to be making decisions on her own instead of knowing that I’m at the other end of that leash waiting on her to make a mistake, but helping her to make a good choice.